Remembering The “Duo That Does” 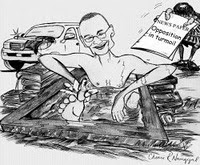 The Opposition Leader, Tshering Tobgay, sits in Parliament with one compadre, Damcho Dorji. Though they are vastly outnumbered (if it was a game of football, Its 45 Black Necked Cranes trying to outmaneuver two PDP stallions). Fortunately, they have demonstrated on numerous occasions, throughout the three years and more; that in these two thoroughbred stallions, the people of this country have had their concerns addressed - particularly in regard to bills and acts and laws that have proved detrimental to ordinary folks.

Retrospectively speaking, the Opposition got it right. Though there have been examples aplenty to prove this theory, the first thing that demands notification is recognition – in that we must take off our hats and ask the Opposition to take a bow for a job well done. Some might view it as a premature toast done a tad too early. But really, if the government has been getting the plaudits for things done right, the Opposition is equally deserving of applause.

They saw the loopholes in the tax revision and informed the nation of the Unconstitutionality of that agenda. The rest is history. Judgment from the High Court deemed it thus, and ditto with the Supreme Court when the matter was re-appealed. It’s a milestone in that it broke traditional barriers of heading down doing the Ostrich when big muscles tend to be involved. It was historic for the fact that even a majority government can be, and should be held accountable, for lapses that would have been slapped on the faces of lesser mortals where they to offer dare and resistance. In that accountability of the Government’s Unconstitutional and unilateral move, an example has been set that will encourage any Opposition for all times to come. The Government itself has to be cautious in passing laws through the short-cut method. Whatever parties come to power will see this and other milestones as a cautionary reminder of the respect of the rule of law, and doing things by the book; more so when those bills and acts are framed on behalf of the people of Bhutan. 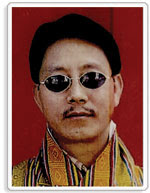 This is the legacy thus far of the PDP presence, and it’s a monumental landmark.
Among the many other notables, the stand-out performance as far as I am concerned is the Opposition's stance on the CDG (Constituency Development Grant), and obviously, the mother of all acts – the infected-zit on the nose tip called the Tobacco Control Act.

The Opposition voted against this foolproof plan of the Government to make people healthy, wealthy and wise.
What has transpired has been the reversal. People have been jailed, traumatized and gone plain deaf, dumb and blind.
It is a subject wherein the Opposition, Tshering Tobgay and Damcho Dorji, did everything possible – for they understood, like all levelheaded people did, the ramifications and the amoral quandary that the act is, and its dire consequences.

The Opposition Leader called it what it was, Draconian, and used the networking sphere to bring focus on what is easily one of the most controversial laws in the country. He argued eloquently and passionately, pointing out and drawing focus on the absurdity of such a law that, rather than averting, has made criminals out of ordinary folks – from a monk, (the irony!) Sonam Tshering, to panwallas and to soldiers who fought for this country during the ULFA assault; to an engineer who looks after the nation’s carriers. 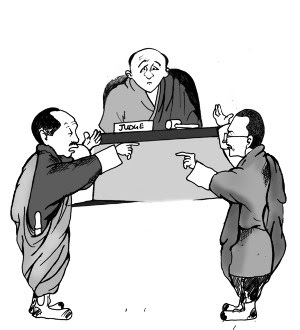 Nobody deserved to go to jail and nobody should be sent to jail on account of laws obviously framed in ignorance of the reality and the consequences thereof.
And we seem to forget that jails are basically created to ‘correct the minds and bodies of those who have committed crimes’ and to rehabilitate them so that they can rejoin society without posing any threats.

The correct term is “correctional facility” and not “jail.” The aim is to “rehabilitate” and not to “punish.”

Our memories are selective and short. And in the zeal and zest to execute one’s duties, the bigger picture is always lost and forgotten. 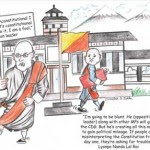 In times such as these where introspection is a rarity and contemplation, a sheer waste of time, it is good to know there are some among us who choose to remember. In light of that remembrance, the Opposition Leader, Tshering Tobgay, and his more than able compadre, Damcho Dorji (Although working in what can be called a 'low-profile, away from the glaring spotlights'), deserves our remembrance and all our thanks.

As long as these two stallions gallop fearlessly, the people of this country have two righteous voices – strong, fearless, true, humane and educated enough to provide food for thought for their compatriots.

As 2013 approaches, we must remember, and make our own amends. And know that in the end, it is both political and apolitical. Above all else, we want leaders in the fashion of our monarchs, putting people and country on the pedestal it rightly deserves. If a person or an MP or a party does what's good for their compatriots, politics is just another word, and a tool perhaps, to do what is good, and rightly so.

But Do Not Forget to Remember!

that was good piece